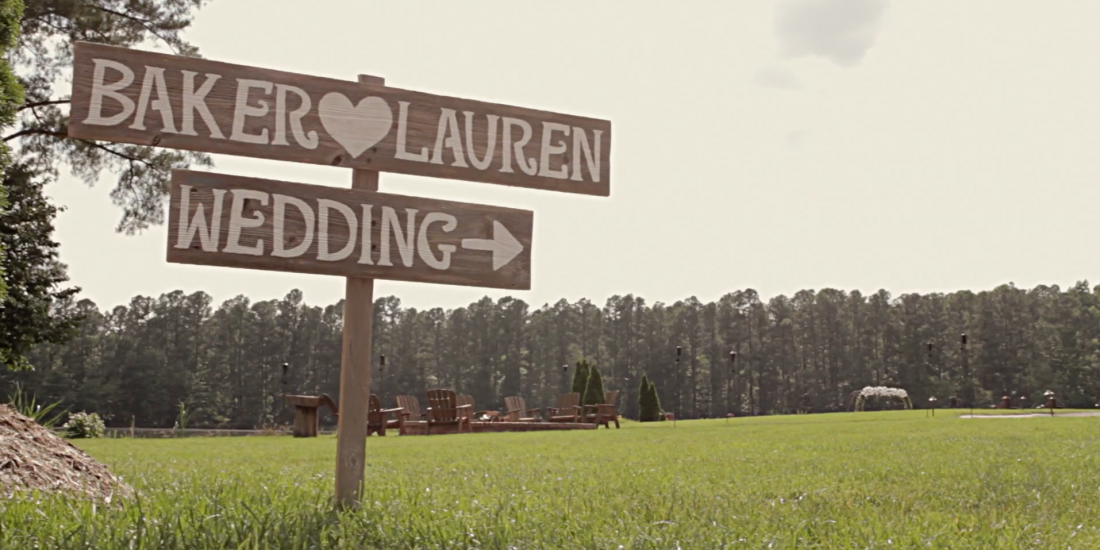 The Meeting…
They met senior year in college. Baker’s friends lived across the street from Lauren and they became good friends that year. After graduation, they went their separate ways and Baker moved back home to New Orleans. A year later, they ran into each other at Atlantic Beach on the 4th of July and started to keep in touch again. 7 or 8 months later they began to plan trips to see each other and the following summer began dating. Baker moved to Raleigh the following February and they got engaged that next summer.

The Proposal…
They had a dinner planned to celebrate Baker selling his house in New Orleans and their one year anniversary. That night, Lauren went to Baker’s apartment before dinner for a drink. They were sitting and talking when Baker got up to use the bathroom, he came out and started talking about a trip to Italy that they had been talking about planning for the next spring. He suggested it be a two week trip and make it their honeymoon. He came over to the kitchen where Lauren was standing, handed her a journal and got down on one knee. He had her read something he’d written the night he realized he wanted to spend the rest of his life with her and then he asked her to marry him.

“Y’all, I absolutely love it!!!  It captured everything perfect and it put me right back there when I watch it.  I’m so happy with it. thank you SO MUCH!”…Lauren, Bride

5.0/5.0
Quality of Service:  (5.0/5.0)
Responsiveness:  (5.0/5.0)
Professionalism:  (5.0/5.0)
Value:  (5.0/5.0)
Flexibility:  (5.0/5.0)
Chris was so wonderful to work with from the beginning. He responded quickly to my inquiry and they finished the video in less than 10 weeks after the wedding! Lindsey and Chris were great on the day of. They were professional and on time and did such an amazing job. I wasn’t planning on have videography for the wedding and I am so thankful I changed my mind and spent the money for it. I highly recommend Heart Stone Films. You will be so thankful to have your memories captured.