Weddings Magazine | Fashion
The theme for the fashion shoot was “Contrast in Couture”. This is one of our favorite shoots of the year, we love working with models in amazing locations and this was the most amazing location that we’ve shot at. We wanted to create a high end, couture piece that would show the contrast of the beautiful gowns against the old, run down building, while taking advantage of the natural light and the different backdrops. This location is an old water treatment plant, it reminded me of an old train station and it was so much fun to work in such an inspiring place. It was by no means clean or all that safe in places, our shoes didn’t survive the dust that was caked on by the end of the day, but it was well worth it! 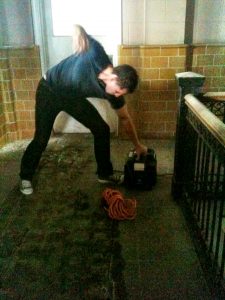 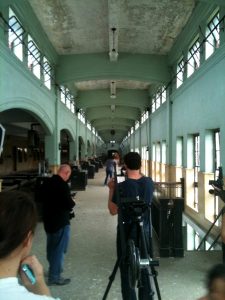 Jib set up for the first scene

Copyright © 2021 HEART STONE FILMS
Manage Cookie Consent
To provide the best experiences, we use technologies like cookies to store and/or access device information. Consenting to these technologies will allow us to process data such as browsing behavior or unique IDs on this site. Not consenting or withdrawing consent, may adversely affect certain features and functions.
Manage options Manage services Manage vendors Read more about these purposes
View preferences
{title} {title} {title}