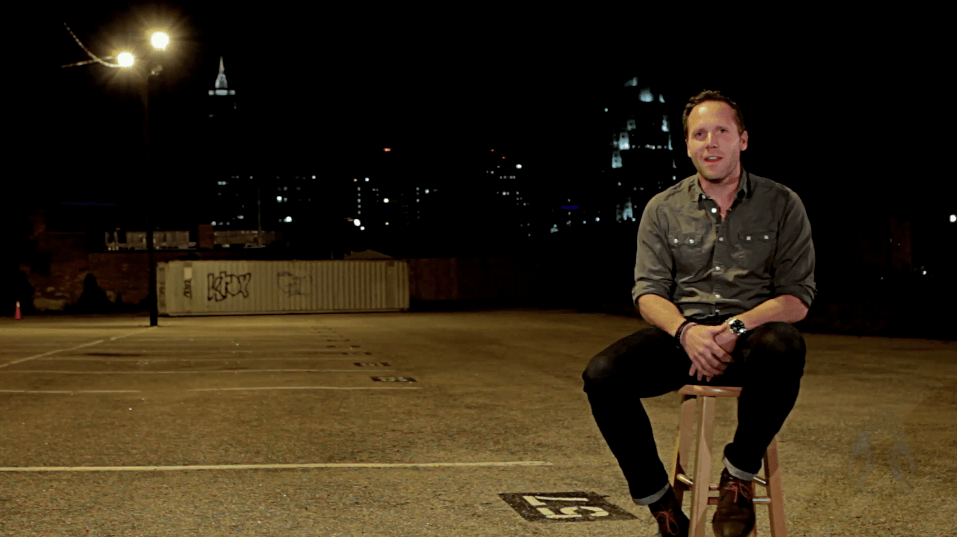 We are excited to release this film that we did for our good friend Joe Bunn of Joe Bunn DJ Company. We got an email from Joe back in early April with a link to a promo video for a famous club DJ and he wanted us to shoot one for him. We got together several times to come up with this concept and storyboard it out. This is the first of a series of films we are doing for him. We started started filming this in late April, after 2 months, countless locations, almost getting arrested, lots of fun, late and sleepless nights, laughing and shooting it was a wrap.
We have all seen Joe in the midst of a crowd of people. The idea was to show him in some amazing spots that we scouted in Raleigh by himself doing what he does, with nobody around just Joe and the music, giving you an inside peek at him and what he loves doing. Joe is not only one of the best DJ’s he’s extremely talented and has a gift with people, not only entertaining them but connecting with them and leave a lasting impression. This is Joe, this is what he lives and breathes, he’s seen a million faces and rocked them all. Do You Know Joe?

Inspired by us | Short Film Contest