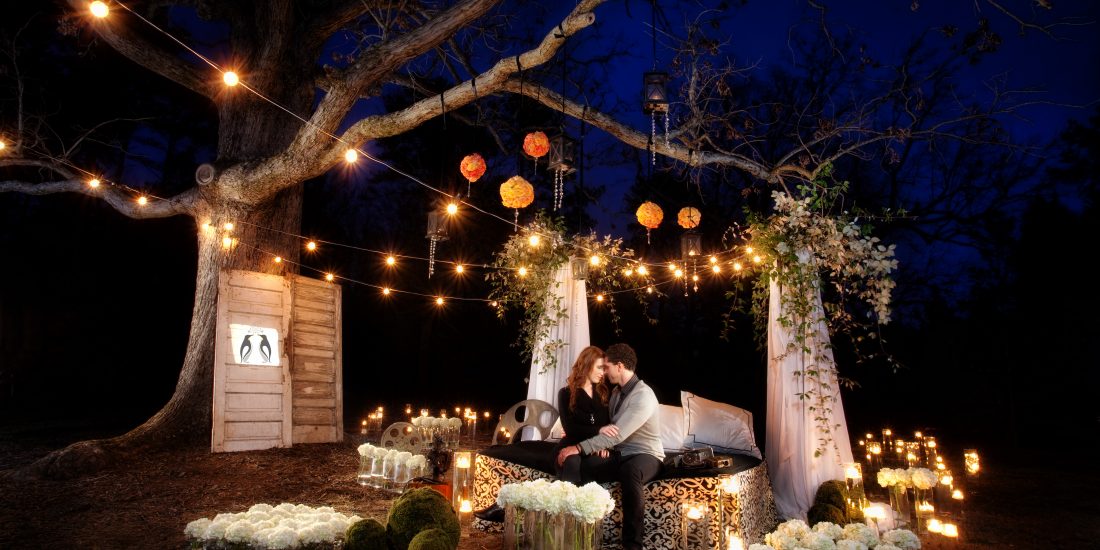 Penguins are a symbol of our relationship. Rewind to 2005 when we first started dating, and one night after hours of talking on the phone, Chris and I finally said goodnight and fell asleep. That night, Chris had a dream about us and penguins, and it was in that dream he knew that one day we would be married. After he told me about the penguins, I looked up a bunch of facts about them. I found out they mate for life, and so began our love affair with penguins. The first Christmas we were dating, we got each other a penguin stuffed animal without the other knowing and it was the cutest surprise ever! Since then it’s become a tradition of ours to get each other some sort of penguin, whether it be a stuffed animal, socks, coffee mugs, key chains, or little figurines. It’s just a little something we always do for each other.

So what makes Penguins so important? Penguin love is for life, just like our love. Penguin courtships generally begin with both visual and auditory displays. Males display first to establish a nest site and then to attract a mate. The male will stand still and place its head on its chest before inhaling and giving a courtship call for 1–2 seconds; it then moves around the colony and repeats the call. A male and female then stand face to face, with one extending its head and neck up and the other mirroring it; they both hold this posture for several minutes. Once in pairs, couples waddle around the colony together, with the female usually following the male. One bird bows deeply to its mate, its bill pointed close to the ground, and its mate then does the same.

This genuine display of love is the inspiration for our logo. A penguin returning to the nest sometimes brings its mate a stone as a courtship gesture. This gift reminds us of the engagement ring. It is said that the stone/wedding ring is worn on the left ring finger because the vein in this particular finger was believed to be directly connected to the heart, a symbol of love. Thus, Heart Stone Films.

When a penguin finds its mate, everything the pair does is for love. Penguins choose a mate and they start a new life together. Couples do this when they join in marriage, from the exchanging of a ring or a stone, to the bowing of a head, and the commitment to a love that will last for life. We want to create films that capture love for life.

Weddings with the Wheatons | Episode 3